Yoga for Stroke and Diabetes- Keys to My Recovery – Guest Blog

Although skeptics question the healing power of yoga for stroke and diabetes, more and more people are still trying it out as a free and natural method for curing incurable diseases, recovering from certain illnesses or simply for maintaining one’s health.

Here’s a beautiful story of how yoga for stroke and diabetes helped a woman named Maria gain her life back after going through two massive strokes and diabetes.

Yes, there’s hope after stroke. If you or a loved one recently suffered from a stroke, read Maria’s story and be inspired.

I was asked, on Twitter, to tell you my story. So… here it is.

And you can post it on your blog, sure, that sounds pretty cool.

On the Throes of Limbo

I had a massive stroke… actually two strokes, one on top of the other, on the same day. The first one happened at about 2:30; I had just gotten home from having lunch with my daughter at Burger King. My right arm went numb. And when I went into my daughter’s room to tell her, I found I couldn’t speak coherently.

And by the time they got there, my right leg had gone numb too.

The ER doctors examined me, and they admitted me immediately.

I had a second stroke in my hospital room, and they rushed me into surgery. At the time, the doctors told my daughter, and my partner that it was critical. I would die without the surgery. I was in a medically induced coma for two weeks after the surgery. I don’t remember much about that. I seem to remember a lot of dreams about Chris Evans, and Robert Downey Jr…

I don’t know… do all people dream about superheroes while in a coma ? A myth I’m not really ready to bust.

But, when I woke up it wasn’t Captain America I say, it was my daughter, and my girlfriend, and her sister.

I couldn’t speak, really, at all – I had severe aphasia. And my entire right side was partially paralyzed.  I could move my hand, and foot a little. A could move my arm, and leg. But I could only feel about 35% of the sensations I normally could have.

I was moved to a nursing home, because, in the state I was in I was not is a state to take care of myself. And my daughter was only 9 at the time. My friend, Bess, took care of her; while I tried to recover enough to go home.

How Yoga for Stroke and Diabetes Helped Me

My feeding tube was removed, and I started eating on my own. But, the doctors never thought I’d get out of that wheelchair.

And that’s when I thought of yoga.

And, I actually have two actors to thank for that. James Morrison and Kate Beckinsale.

Both have been favorites of mine since the 1990s. Mr. Morrison, since I saw him on the TV series, Space: Above and Beyond. Ms. Beckinsale,  since The Last Days of Disco.

I had been a bit of a fitness nut since college. I studied martial arts since I was a teen.

And, when I learned Mr. Morrison was actually a yoga teacher as well as a gifted actor, I decided to try it out. And I really enjoyed the feeling it gave me. Both the yoga and the meditation that often goes with it. This was in 2010. My daughter was 7 at the time. And I had trouble with high blood pressure since I was pregnant with her. In early 2011, I was diagnosed with type-2 diabetes.

I feel the yoga for stroke and diabetes, and meditation helped me with both. I couldn’t afford prescription medication, so I managed with over-the-counter solutions as best as I could.

In 2012, I learned that Ms. Beckinsale was also fond of yoga, as well as Qigong. I read it in an issue ofWomen’s Health magazine. I tried it, and I felt very invigorated each time I did a session with both yoga and Qigong involved. I also ordered Mandy Ingber’s Yogalosophy DVD.

In early 2013, a man I’d known online for several years began actively stalking myself and my daughter. This created a lot of stress in my life. And, combined with my high blood pressure, brought on my stroke. My doctors told me I’d likely be confined to a wheelchair for the rest of my life.

I knew I could beat the aphasia. After my first week in the nursing home, I was already speaking better. It would take time, but I would happen.

But, how could I get my body to do what I told it to do ?

To get my voice back, I talked to the nurses a lot. They were incredible people, very willing to help. And so were the other residents. And, while trying to talk a lot of things came up. Among them, my appreciation for both James Morrison and Kate Beckinsale. And that reminded me about yoga.

I had Bess bring me my yoga DVDs, and I’d try to do some simple poses in my bed, and then in my room, on the floor. I watched a yoga program every morning on a PBS channel. And then I started doing yoga on the floor in the main room where all the residents congregating during the day.

At first, the nurses were concerned I’d hurt myself. But, my physical therapist thought yoga and exercise was a good idea.

I started doing poses I could do from a chair, and after I got more limber I started doing full poses, as well as I could. By the time I left the nursing home, I was walking with a walker. I didn’t need the wheelchair anymore. After I went home, to the house I now share with my daughter, and a very good friend that helps me, I continued the yoga regimen.

Now, I’m able to walk around my house, unaided. I use a walker, or a cane for support when I’m out and about. But, I am able to be out and about. Rachael and I got to the movies, a lot. We go to the store a lot. And I’m basically able to take care of myself, except for some things where my doctor has told me to be careful. Like taking a bath. I cook. I take care of our dogs. And we take them to the park once in a while.

It’s not the same life I had before my stroke.

And, I credit yoga for stroke and diabetes that I’m enjoying my life now. I’m serene. I’m more mobile than anyone I ever thought I’d ever be again.

Of course, I still practice yoga and qigong. I’ll never give it up. Rachael practices with me.

So, thank you, Yoga for stroke and diabetes. You really restarted my life.

My name is Maria Lucero Isabel Fernandez, born in Flagstaff, AZ. My parents were killed in a car accident on 1984, when I was 10 years old. I grew up in a series of foster homes across the southwestern US. I moved in with my uncle when I was 17. My daughter, Rachael Miral, was born in 2003. Before my stroke I worked at several jobs over the years. Now I’m on disability. To pass my time, I play Roleplaying games (the pen-&-paper time) with my daughter and her friends. I Tweet a lot. I watch movies. I’m a practicing Buddhist and, of course, I still practice Yoga & Qigong.

How to start with yoga – a fellow blog

Why you should not do yoga

Does Your teacher know Patanjali from Adam? – by Erin Bhaskar 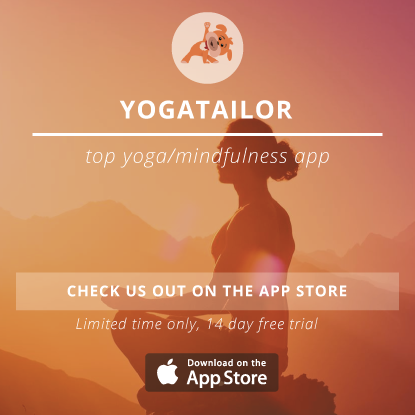